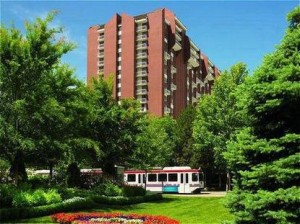 Several months ago we got a phone call from Shiloh, second eldest Sorensen boy (Joshua being #1). He was planning his May wedding and asked Joshua to be his best man. So after committing to that trip of course, Jayme entered our lives. So this trip quickly became not only a celebration for Shiloh and Taylor but Jayme’s introduction to the Sorensen clan.

All four of us flew out at 7:00am on May 13th, a Friday morning. We got up early at 5:15am and even with all the extra time, getting 3 adults and one child to the airport on time was a chore. We made it to the airplane with time to spare, but not by much.

This was Jayme’s first airplane ride. Because of some of Jayme’s special needs and issues with sounds, there were some well founded concerns that traveling by airplane might be more then he could handle. So for the past month, not only have we been doing the normal welcome to our family stuff, we have also been prepping him for the plane ride. Plane coloring books, airplane bedtime stories, building lego airports and lego jumbo jets. We even took a dry run to the airport the week before the trip.

So when the big day came, it was all smooth sailing, with no issues. As we exited the plane, Sam and Joshua took the lead then Jayme followed by Anthony. As Jayme got to the front of the plane and we were about to walk off, the co-pilot asked if Jayme would like to see the cockpit. As soon as Jayme got the ok from Anthony, he dashed in. As Anthony walked in behind him, Jayme was ensconced in the co-pilot seat pressing all the buttons and firing off question after question to the pilot. The pilot was really good and answered all his questions, and even let Jayme pretend to fly the plane. It was incredibly rewarding to see all at work pay off with this great experience.

We found our rental car and headed to our hotel, Little America, which is a nice hotel. The room had 2 european queen beds, which are really double beds. This is normally not a big deal as we each just take a bed, but with Jayme in the mix, it meant that someone had to share. So none of us really got as good of night’s sleep as we would have liked to. The bathtub was huge and most importantly the toilet was quiet and hence not “scary” for Jayme. After exploring our hotel and Jayme had a chance to bounce on all of the beds we headed over to Shiloh and Taylor’s apartment.

The drive was a short one to the apartment, but it took a while to find the right building as someone in all their brilliance decided that H & I goes before A,B, C. As we walked up to the apartment building, Joshua’s Mother was standing outside. It was our first emotional moment as Grandma and Grandson met for the first time. Jayme instantly liked her, no shyness or issues, almost an instant acceptance that his was HIS Grandmother. We had talked a lot about her and the other family members, we think this helped to take the scary part of meeting new people away.

Once we got into the apartment we got to meet Taylor and Anthony got to meet Shiloh (the last Sorensen) for the first time. Jayme, of course, got to meet his cousin Aspen. The two of them over the course of the weekend, became instant friends. It was an interesting experience as all four of the Sorensen boys were there along with Grandma & Grandpa. Our visit was a short one, as everyone had errands to run and a wedding rehearsal to attend. So after a bit we all made our way over to the church.

After the rehearsal we all headed over to the bowling alley. Back when Joshua was asked to be best man, we had decided to throw Shiloh a bachelor party. Over time that concept had evolved in to a joint bachelor and bachelorette party. Because the rehearsal was running a bit long, Anthony and Jayme decided to head to the bowling alley ahead of everyone to make sure everything was set up. So Grandma gave Anthony directions and sent him in the opiside direction of the bowling alley. Thank goodness for the ipad! Poor Jayme and Anthony were driving around for every trying to find the place only to get a phone call from Josh, from the bowling alley asking where they where.

The party itself was a huge hit. All four Sorensen boys got time to hang out and relax. The kids had a blast bowling!

Wedding day morning we were invited to family breakfast at the Great Grandparents house. Joshua’s Dad cooked up a great breakfast and this was another great opportunity for Jayme to some more face time with his new family. Aspen and Jayme spent a long time playing together and exploring the backyard and gardens.

Once we got back to the hotel, we had a mad dash to get everyone dressed. Sam came with us to fetch his belt. Joshua looked super dapper in his rented tux. Jayme of course looked amazing… if not a little unfinished. In preparation for the trip we had bought him a new suit and new dress shoes. Well, once it came time to dress him up, we had two failures. First – we forgot his dress shoes so we defaulted to his high tops with red flames. We both felt like parental failures but were dealing with it until it was time to put his neck tie on. As we placed it around his neck and began to tighten it up, it dissolved. Total panic now set in for the dads, Jayme could of cared less. We grabbed the sewing kit from our bag and decided we would try and fix it once we got to the church.

As we arrived at the parking lot of the church, Joshua dived out of the car and ran into the church. We were not late, but we where not as early as the best man should be. Anthony sat in the car for 15 mins trying to sew Jayme’s necktie together. Got it around his neck and it looked like a birds nest. So we had to forget about the tie as well. Our new son, who we wanted to show off was not properly dressed for a wedding or for church, but yes, he was still cute.  But it mattered to us.  In the end no one else seem to notice or care, we even had people tell us how much they loved his flame high tops.. Philistines…

The wedding was very nice and so was the post wedding family reception. Jayme did great at both events and the adults had fun as well. The highlight for Jayme was of course.. Trains. Eve (the parties hostess) had a hand carved wooden train set sitting in her window, and she let Jayme take it down and play with it. Her coolness points hit the roof in Jayme’s book of cool adults for sure.

We woke Sunday morning will only one really event we had to attend. And that was the formal dinner reception late that evening. So after two days of boring adult stuff we decided to have Sunday be about Jayme. So we planned a day at the Salt Lake City zoo. We invited a large group of family members and ended up with a good sized group. Sam, Taylor, Aspen, Grandmom, Anthony, Jayme, Joshua and Nova.

We met up with everyone at Shiloh’s favorite place for breakfast, a pizza shop. The brunch was nice but the company was the best part. Jayme was so thrilled to be surrounded by HIS family.

After breakfast we drove up to Hoggle Zoo. First thing on the list was take the train, Jayme is a HUGE train freak. So learning from our mistake of waiting until the end of the visit to the Oregon Zoo train, we correctly choice to do it right away and avoid the “Can we ride the train now?” montra from our son.

It was an amazing visit. Jayme had a blast spending time with his cousin Aspen and both of them loved being the center of attention from so many family members. Sadly the visit to the zoo was cut short because everyone had to run errands before the reception. But we had an amazing time.

Since we didn’t have a clue where the reception was we headed over to (Great)Grandmom and (Great)Grandpa’s house. We changed our clothes into something a bit nicer. Before we left, Jayme started to ask questions about who all the people on the wall were. Jayme’s new Great Grandmother came over and gave him the tour of all the faces, telling him a bit about each of his new cousins and 2nd uncles and great great’s ect. It was a wonderful and moment for Jayme and her and one that would become a bitter sweet memory for all of us before the week was out.

It was a wonderful reception, but after the gifts were open and speeches and toasts made we had to start to work the room to say our goodbyes.

Right before we left, cousin Nova came over carrying Jayme and she made an announcement. Jayme had asked her to marry him, she of course having good taste had accepted. Anthony warned them both that they had to wait until Jayme was at least 18.

The drive to the airport was quick and the flight home was fast and pretty easy on everyone. Jayme feel asleep and had some ear discomfort as he woke as we descended, but was able to control himself so amazingly well.. SO not the child we had been told to expect…