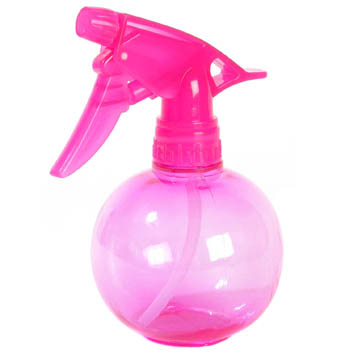 It began as things always do. Joshua had just served us a wonderful dinner of spaghetti  and meatballs. Both dad’s finished first and Jayme was struggling with his food. Some of the meds he is on, cause him to have ZERO appetite, so mealtimes can sometimes be a struggle.

As Joshua started cleaning up and washing the dishes, Anthony started to work with Jayme to get him to finish his last few bites. At some point, Anthony scooped up the last bite of spaghetti and was trying to get Jayme to eat it.

Somehow the raised fork, laden with spaghetti fodder slowly changed in both Anthony and Jayme’s minds into a PERFECT spaghetti catapult… their target Joshua.

Before the first shot could even be fired, Joshua gave a stern warning “Don’t EVEN think about it! along with a very unveiled threat that he would turn the sink’s hose on them it we did.

Jayme quickly downed the last bite and the two of us headed upstairs to rethink the strategy. They quickly found two of the ironing squirt bottles, both filled with nice cold water. A quick adjustment to each, moving from the light mist setting to laser sharp and deadly spray setting.

Slowly they crept down the stairs, Jayme giggling the whole way. Clearly the battle stress was too much for him…

As they arrived on the battlefield aka the kitchen, they took aim at the white t-shirt backside of  the enemy, Daddy Joshua.

A apocalyptic spray of icy watery death begin to rain down on a somewhat unsuspecting target. The only noise to be heard over the deafening boom of our squirt bottles was “What the Hell?” and a short “Oh it’s on now”

As our target turned and began his counter attack, Jayme and Anthony retreated to their base camp at the top of the stairs. A volley of measuring cup catapults, filled with water bombarded our camp. Thankfully due to the high altitude (the top of the stairs) most of the shrapnel covered the walls and soaked the carpet below them.  As each volley ended, Jayme and Anthony would return fire and try to get Joshua before he ran back to reload.

It was then that Benedict Jayme became a turncoat and ran down the stairs yelling “I am on your team now Daddy Joshua.”

Fearing defeat, Anthony had only one chance of survival. A hidden super weapon, a weapon of last resort. A large glass of water with LOTS of ice, sitting next to the iMac in the computer room, where he was working before being called to dinner.

As the new team of Daddy Joshua and Jayme stormed the mushy carpeted staircase, Anthony quickly ran to the computer room and locked the door. The sound of water exploding on the locked door rang through the house.

Anthony quickly transferred the ice from his reclaimed drink into a empty glass, saving it for later. He then took position by the locked door.

Scratching could be heard as Daddy Joshua used the key to unlocked the door. Anthony quickly opened the door and gave both of his assailants a quick spray from his squirt bottle and the full cup of icy water. Jayme shrieking with laughter.