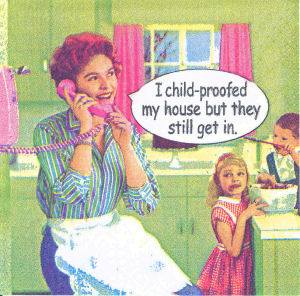 So with the adoption committee a week away now we spent the weekend getting the house ready. It’s not as fun as it sounds.

Since we are looking at 2 boys moving in, it meant that two bedrooms must be kitted out.

First we finished up the oldest child’s room. Jayme had a large collection of toys he wanted his new brother to have and we changed out all of the light sockets with new white ones with shiny white cover plates the capped them with toddler proof plug covers. Joshua added a motion light switch, like we have in Jayme’s room. Last weekend we installed a new bedroom ceiling fixture, a nice bright LCD bulb one. With the bunk bed we ordered finished and the new mattresses in place we made up the beds and Jayme decorated the room with toys.

For the toddlers room we needed to convert our dream computer room. So on Saturday we started the long process of moving our dream computer room to a new location.  Jayme’s computer was moved back into his room (after double checking the parental lock settings).  The other computer was moved downstairs into the formal sunken living room. We plan to add some gates and turn the sunken living room into a toddler play area/work from home location for Anthony and Joshua. We cleared off one of our IKEA billy bookcases and decided to add some doors to it. This will allow hidden storage for the sunken living room, keeping all our desk junk tucked away and out of the little ones hands.

Once the computer room was cleared we started to move in kid toys. Right now we are not sure where the toddler will sleep, our guess is we will want him to have two beds during the transition time. One in the dads room and then one in his own room. From all of the research we have done into toddler adoption the one thing they state over and over again is we may see younger behaviors come out. With Jayme at age 6 we saw that, so we might be dealing with infant behaviors and want to keep him close.

We headed to Ikea Saturday afternoon, to look at toddler beds, cribs and bookcase doors. We came home with the bookcase doors and a new dresser for the toddlers room. The Malm dressers that we had in all of our bedrooms were on close out clearance. So we grabbed one of the last ones so the toddlers dresser would match his brothers. We decided to hold off on the toddlers bed until after committee and after talking to the Foster family to get a better idea of where the little one is at.

Once the rooms were set up we then had to stage the house and do a photo shoot of each room for the hello book.  The hello book has tons of photos and introduces our family to the kidos and puts a face on our family for the committee. We even picked up a second book for the toddler. That one is all plastic and it’s soft and drool proof.

Sunday afternoon we had planned to be done and rest, but it wasn’t until after Jayme was in bed before Anthony put the final touches on the hello book and Joshua still had to stay up late  to finish the weeks laundry.