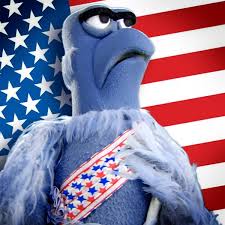 The Fourth of July has always been a big event at our house. Even before Jayme moved in, we have always gotten excited about the 4th.We are not partiality patriotic, although both sides of our families come with a rich history of military service. But getting all of the family and friends we can over to our house for food and explosions has proven to be very important to us. Perhaps, more than the holiday itself.

This year Uncle Sam made a surprise trip back to Portland. Not sure if it was the 118 degree heat in Phoenix or what, but Sam decided the time was right for a weeklong visit.

Joshua took most of the week off to spend with his brother and Jayme. So on Monday morning,  Anthony headed to work and Joshua took Jayme to the airport for a special breakfast. Jayme was completely unaware that they were going to be picking up Uncle Sam.

In retrospect his might have been a bit mean, as we are sure Jayme was expecting a surprise trip somewhere. Our one clue to his was while he sat in the airport restaurant; Sam walked up behind him and said Hello. First words out Jayme’s mouth was … “Ok, but you’re supposed to be Anthony.”

Thankfully, it didn’t take Jayme long to get over any disappointment he might have had as he LOVES his Uncle Sam. A week of no day care, a week of Sam and fireworks…. his little life was too good to be true.

Anthony had to work each day but the three boys got to say home and play. They spent the week having special breakfasts, long bike rides, swimming, hiking Multnomah Falls and bowling. In fact they did so much stuff on the day before the 4th, Jayme asked if it would be ok to go to bed early and he did! Jayme had big week ! 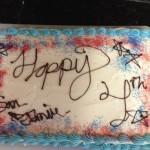 On the big day itself, Anthony awoke early and cooked up two big batches of salads. First, a big tub of Hawaiian mac salad and second a tub of his bacon potato salad. Later after breakfast, Jayme and Sam baked a special 4th of July cake together and Sam baked a loaf (pan?) of focaccia bread.

We spent most of the day inside avoiding the heat. Around 6pm, we cooked up the hamburgers and had our 4th of July feast out on the back patio. While we ate the neighbors started lighting off their illegal fireworks, they shot up way above the pine tree canopy and burst with a large bang. Images of our home and trees aflame danced though our new homeowner’s heads, but luckily, before Joshua could reach his phone, the neighbors stopped. 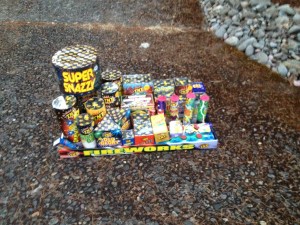 We are super careful when it comes to fireworks. We spray down the street and all of our bushes, create a little launch area with flat stones, have the lawn hose on and ready and a bucket of water. We also have action plan for spent fireworks. We use a large plastic box which we pre-line with a large black trash bag. We fill the bag with water and as each firework is spent, it gets submerged in the water. At the end of the night we pop a hole in the bottom of the bag, drain the water and they throw the bag filled with dead fireworks away.

At 9:00pm as the sunset we headed out to our little launch area. We had expected to have a large gathering this year for fireworks. Last year all of the neighbor kids came over at our old house. In our new home we had thought this would also be the case. But as we headed out, each home in our cul-de-sac was dark, no one was home.

This year, Jayme got to light off the fireworks with Joshua. It took us about an hour to get through all of our fireworks. We ended with a HUGE monster of a firework, video of its launch is online with the photos.

Uncle Sam was with us for 2 more days, leaving on a Saturday afternoon. It was a wonderful holiday and great to spend time with him again. We are hoping he can come up for Xmas!