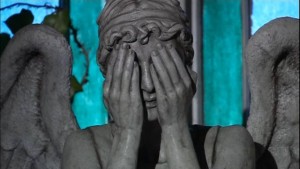 Our adoption worker said it… She used the word “Grief”. When she said it, it was in the middle of a conversation and it was one of those conversations were you nod at what the other person is saying but you are really really focused on what you are going to say next. So you hear them speaking but you don’t process it all at that moment. Then later you have one of those “Oh” moments.

In our last post we found out that the youngest kido’s Doctor made a surprise request to call off the committee meeting set for today. We held off making any decisions until we could learn more. But when the foster mother failed to join us in a prearranged conference call, with the Doctor and child therapist not communicating with us as well. Our avenues of getting better information became very closed. We had to make a very heart heavy decision and we decided to not go to committee until we got better information. We did not feel that in good faith we could say to the committee that we are the best choice for these kidos when so many vaild questions about them remained.

So today is the day where we should be very nervous and watching our phone for the call. Readying our letters to our employers HR departments letting them know the moment for FMLA is here and we are out of here. It should be a day were we have a party. A day were we get to tell Jayme that he has not only the brother he has longed for, but two brothers now. But today is not that day. Today is a day of grief.

I know some of you might be wondering why we are upset. It’s not like lost anything, heck the kids were never placed. But for weeks they were placed with us, at least in our minds.

As one possible future is closed another possible future with two other boys has opened. Their caseworker seems very interested in us as a match.  These new boys would be a great match for us and us for them. They are super cute and the match is actually the best match we have seen. Call it Gods will/plan, predestination or even fate. This new match is looking to be the one that is a perfect fit.

The quote we used in our last blog keeps coming to mind. “When one door closes, another opens; but we often look so long and so regretfully upon the closed door that we do not see the one which has opened for us.”

We do not want that to be us. So today is a day for grief. But not tomorrow!