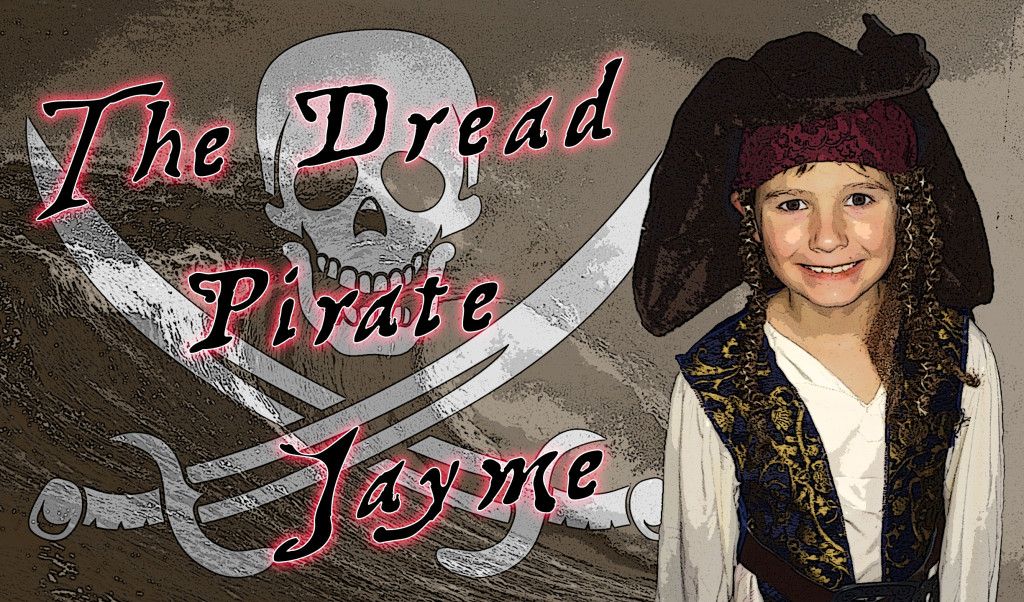 Halloween time, our third Halloween together as a family. All the photo’s are up on our ShutterFly account. If you need an invite let us know!

First year was Darth Vader, then last year was Harry Potter. This year was a tough one to figure out.  For over a month we kept asking Jayme what he would like to be and he just didn’t know or the ideas he came up with were a bit out of reach.

First he wanted to be Sonic the Hedgehog. But he didn’t like the costume we found online. Then a Dark Sith Lord from Star Wars, but as soon as he learned he would not get a new light saber he fell out of love with the idea.

So with a little over 2 weeks to H-Day we stopped by the Halloween costume store. Last year we picked up Jayme’s Harry Potter outfit there and he loved it, so with figures crossed we started shopping.

This year the costumes seem to all be zombie related. Zombie Storm troopers, Zombie soldiers, ect…  Both the dad’s said no to Zombie anything. At 8 years old, we still need the cute photos for not only us but the rest of the family. That and Zombies are such a dark subject for an 8 year old.

It was then Jayme found his costume, a Jack Sparrow pirate costume. It was perfect. Jayme also decided that he was not going as Jack from the movies (which he has never seen) but Jack from his Disney Infinity game. You see Jack from the game has a sword….

So we had to find a sword. Then the devious demon known as Jayme announced that Jack from the game also had a gun and ALL PIRATES needed guns to look real.

Now our house has a firm zero gun policy. No real or toy guns are allowed in the house. So when the NO came, this caused a bit of a pout in the store. But the pout wore off quickly when Anthony let him know that we didn’t need to get a sword either if not having both would be an issue.

Pumpkin carving was not as intensive as it has been in past years. We got 3 large pumpkins for carving and Jayme picked one up on a field trip.

Jayme created a Creeper pumpkin, a Creeper is one of the monsters from Minecraft. Anthony created a ghost pumpkin and Joshua did a Minion pumpkin.

The one new thing this year was Jayme really wanted to save all of the seeds. With a huge backyard who could blame him. So after the carving Jayme had to pull all of the seeds out of the guts bowl. He laid them out with Anthony on some newspaper to dry.

Halloween traffic was CRAZY. By the time everyone got home it was late almost 6pm. So we had kind of a mad dash getting Jayme into his costume and some pizza into his tummy.

When we came to getting in the Captain Jack Pirate outfit, the hardest bit to get on was the pirate hair. It itched and many bobby pins from Anthony’s old princess in training makeup tackle box had to be deployed to move the non-itchy parts away from his face. But once the hair was fixed Jayme was ready to go.

We made it out the door a little after 6:30pm and into our cul-du-sac. Like each year, Jayme had a bit of a hard time getting into the routine, when the door opens Jayme was more interested in seeing into the neighbors house then the candy being offered.

So the first couple of houses the door would open and Jayme would say “Hi” and then start snooping. He would thank them for the candy and then let them know if they had a nice house. Both of the Dad’s laughing so hard from the curb, we were crying. We did a family huddle for a little Halloween reminder of what to say and we then worked up a little script and within a few houses he had it down and was starting to really get into it.

At what was going to be our half way point for our families evening Jayme walked past a child in a mask and came to a full stop turned and followed the kid calling out to him. Turns out the kid was in Jayme’s old behavioral classroom from last year. Jayme then begged us to let him join his classmates group and since we all were going the same way we did.

It was a real window into the future for our family. One of the biggest questions we keep asking our self’s about re-entering the adoption program is how will our family meet the needs of a brother for Jayme. What needs and struggles can our family cope with and still meet everyone’s needs and surpass them. Then most importantly how will that impact Jayme. So seeing Jayme interacting with a child who fits some of the needs that lot of kids in care struggle with, was very informative and answered a lot of questions we had.

Jayme’s classmate is a very hyper kido. He seems to be just as impulsive as Jayme was a few years ago. All night long his classmate was really ramped up. Jayme was very excited but pretty calm. It was really amazing to see that side by side comparison. When your in the trenches it’s hard to see the progress Jayme has made, but not tonight.

Now Jayme’s classmate was not out of control, he had great manners and was a great kid to be around. But… and it’s hard to explain, Jayme had a body calmness that 2 years ago we never thought he could ever have achieved. What it made more amazing is none of the Dad’s or parents had to point this out, Jayme figured it out himself. At one point Jayme turned to his friend and said “I know you’re really excited, I am too, but see, I have a calm body.” I wish I would have had my video rolling!

The two stuck together all night long and really enjoyed each others company.

Of course Jayme still had a few Jayme moments; when his sword fell off his outfit or when his jean button would come undone under his outfit, he still needed his own moments of redirection. But both Dad’s were so impressed how well Jayme played and worked with his friend.

The classmate’s Mom seemed impressed by how well the boys interacted as well, so well that we exchanged numbers so the boys could do a play date in the future. Upon hearing that, Jayme wanted his friend to come over right away and wanted us to make weekend plans. It was so cute and a great way to end a long evening.